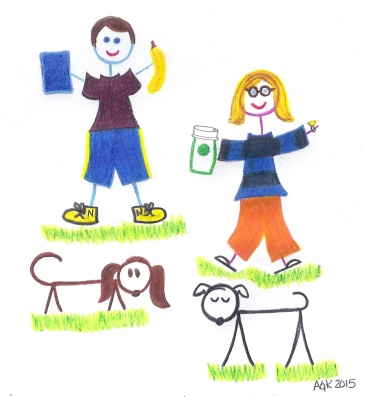 A couple of years ago, through a series of unusual events, I found myself swimming along with my aunt in the sea off the coast of Cancun. My aunt, the wife of a Lutheran minister, is an incredible woman of natural spirituality and grace. So, we were bobbing along in the ocean, talking about life when she said, “It must be interesting to have a relationship where from the beginning, you each knew the worst thing about the other person. So many times, people in relationships try to cover up and hide the worst parts of themselves, hoping the other person will not see it.”

I’ve thought about that sentiment many times over the last couple of years. It is true. When I had two years sober, I got my very first apartment all by myself. Up until then, I had lived in sober living. I was struggling. I had those thoughts of “If I drank, no one would know.” And it scared me. One night I found myself at a ten o’clock meeting. In short time, I found myself comfortably sharing in the quiet dim of the candle light. Free from imagined judgment, I was able to share my deepest insecurities and fears.

It was in this setting that my love and I spent many months sitting across the room from each other, before we ever went for our first cup of coffee. In fact, if you asked him, he would readily admit that he originally felt sorry for the poor, lost girl who didn’t believe in God. What I remember about those times was his honesty in admitting his social anxiety and how we both bonded over our shared hatred of driving. (I do most of the driving now. I figured living in Houston, one had to work through this fear. He’s fine with letting me process my recovery as he sits in the passenger seat.)

I’ve had a lot of conversations with lot of different women over the years regarding whether or not one should date within the program. I know many people who are attracted to the idea of dating a “normie.” I get that. I get the idea of swaying away from the fear of potential relapse and the emotional baggage that follows in the wake of any given alcoholic. “But it is from our twisted relations with family, friends, and society at large that many of us have suffered the most. We have been especially stupid and stubborn about them. The primary fact that we fail to recognize is our total inability to form a true partnership with another human being,” (Twelve and Twelve page 53) Trying to align oneself with a narcissistically immature misanthrope can be a bad idea.

Yes, there is something to my aunt’s words; we do know the worst about each other. But we also know the best. I know my sweetie wakes up each morning and prays. I know at some point in the day, he will read and meditate and go to a meeting. I know he will talk to another alcoholic and ask that man for a slice of wisdom. I know he will help someone.

And I know with my sweetheart, I never have to apologize for working my own program. I never have to procure a reason for going to a meeting. A sentence like, “I’m going to call my sponsor,” doesn’t send him into a spiral of insecurity. Saying, “I’m crazy and I don’t know why” or bursting into tears for no reason doesn’t require really any more explanation than that. Cause he knows why. I’m an alcoholic and some days are just like that.

Our love is predicated not on fear of relapse but on the combined spirituality and growth that active recovery ensures. I can tell you in all honesty, we are better people today than we were five years ago when we met. Over time, some of the anger, jealousy, and fears have subsided. We have worked through abandonment issues, monetary insecurity. When we argue, phone calls are made and inventories are taken (our own, not each other’s). We look at our character defects, apologize, and make honest attempts to do better next time. But y’know, it is not even how far we have come that calms me; it is the thought of how much more we have to grow. I look forward to seeing what will become of us, for I am sure, “The most satisfactory years of [our] existence lie ahead” (BB 152).

On January 8th, Bob got down on one knee and asked me to marry him. I said, “Yes.”

10 thoughts on “The Most Satisfactory Years of [Our] Existence Lie Ahead.”